or indeed would like to talk to us for any other reason,
please contact us
at mdr.team@ecrin.org.
One of us will try to get back to you as soon as we can.

The team responsible for the MDR all work for ECRIN, as employees or consultants. They are 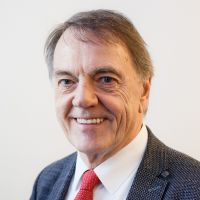 Professor Christian Ohmann - Overall co-ordination of the MDR project
Christian has a PhD in mathematics, an interim examination in medicine and a habilitation in the field of “Theoretical Surgery”. He was the head of the Coordination Centre for Clinical Trials (KKS) at the Medical Faculty of the Heinrich Heine University Duesseldorf, Germany (1999-2014) and is now retired. He is currently the German representative and Chair of ECRIN’s Network Committee and the chair of the Independent Certification Board of ECRIN-ERIC. He has major competence and experience in the field of clinical trials and clinical research informatics and was participant in several EU FP7, H2020 and IMI-funded projects.
Christian developed the original conception of the MDR in 2016, and has orchestrated the development of the system ever since, marshalling resources in different projects, co-ordinating with collaborators and contributing organisations, designing testing and overseeing the design and development process. 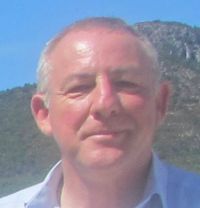 Steve Canham - Data scientist responsible for data collection and extraction
A data manager / consultant within ECRIN, specializing in clinical trial data systems and data management, with 18 years' experience with clinical research systems. From 2002 - 2011 he was head of the IT team at the trials unit at the Institute of Cancer Research, London. From 2011 he ran his own consultancy business until 2020, when he joined the ECRIN team, during which time he was a member of the UK's international Registration Panel for clinical trials units. He was also heavily involved in ECRIN’s Data Centre Certification Programme from 2011 to 2018, acting as an ECRIN auditor and manager of the auditing process, and chairing successive reviews of the standards. He has participated in a variety of H2020 research projects.
Steve has been involved with the MDR since its inception, working with Christian Ohmann to develop the ECRIN metadata schema for clinical research data objects, and then designing, developing and documenting the ‘back-end’ systems that identify, extract, store and aggregate data from various sources into a single database, the metadata repository, as well as contributing to the design and testing of the MDR’s web portal. 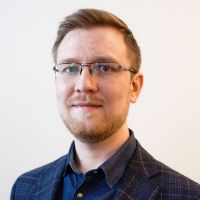 Sergey Goryanin - Data scientist responsible for the web portal and data indexing
Sergei is a Data Scientist at ECRIN. He did his master degree in Data Management and Data Science, he also has a medical background (MD Therapeutics) and experience in software and full stack web development. He is involved in infrastructure development projects aiming to create tools, services, guidelines and strategic partnerships to further develop the European clinical research community and facilitate multinational trials.
As part of his work within ECRIN, Sergei supports various tasks related to the MDR (mainly development) and promotes its adoption from a variety of projects and initiatives. 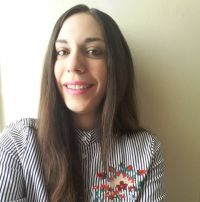 Maria Panagiotopoulou - ECRIN's data projects manager
Maria is the Data Projects Manager at ECRIN. As such, she is involved in infrastructure development projects aiming to create tools, guidelines and strategic partnerships to further develop the European clinical research community and facilitate multinational trials. Maria holds a PhD in Biotechnology and has been involved in FP7 and H2020 projects in life sciences since 2013.
As part of her work within ECRIN, Maria supports the various tasks related to the MDR development and promotes its adoption from a variety of projects and initiatives. 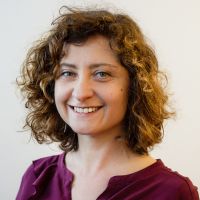 Mihaela Matei - ECRIN's legal and regulatory officer
Legal and regulatory officer of ECRIN. Mihaela has been directly involved in the revision of the biomedical research legislation in France and at European level. She holds degrees in law, ethics and political philosophy from the University of Sorbonne, Paris and Faculties of Law and political science, Montpellier. She was a Visiting Scholar at Yale University’s Center for Bioethics and at the Hastings Center joint program in Ethics and Health Policy where she trained in Bioethics. She also trained in intellectual property and industrial property field at Pierre and Marie Curie Faculty of Medicine.
As part of her duties within ECRIN, Mihaela has provided the necessary legal expertise and analysis for the MDR development team. 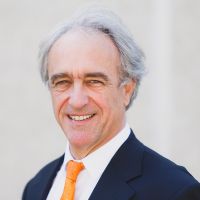 Jacques Demotes - Director General of ECRIN
Director General of ECRIN. Professor of cell biology, clinical neurologist. Dr Demotes was the coordinator of ECRIN’s four FP6- and FP7-funded projects, which supported the sustainable development of ECRIN as a pan-European infrastructure with “ERIC” status (awarded in 2013). He has participated in more than 60 FP6, FP7 and H2020 projects and also in IMI-funded projects.
Jacques has championed the MDR since its inception, promoting its development and integration with a variety of initiatives in the broader clinical research community.